Skip to content
Taipei, Nov. 10 (CNA) Police said Thursday they had arrested three more suspects in connection with the deaths of three people and the kidnapping of more than 60 others by an extortion ring in northern Taiwan.The New Taipei City Department's Criminal Investigation Corps said it on Wednesday tracked down a 30-year-old woman surnamed Fu (傅)…

Taipei, Nov. 10 (CNA) Police said Thursday they had arrested three more suspects in connection with the deaths of three people and the kidnapping of more than 60 others by an extortion ring in northern Taiwan.

According to police, the suspects lured victims to locations in Taoyuan’s Zhongli and New Taipei’s Tamsui districts on the pretense of holding interviews for high-paying jobs.

The captives were then held against their will for periods ranging from less than a week to more than a month by the suspects, who tortured the kidnapped individuals in order to get their bank passbooks, account passwords, and IDs, police said.

Police said the suspects beat, pepper-sprayed, and electrocuted uncooperative captives, adding that tasers and retractable batons had been found at the two alleged torture sites.

According to police, the suspects likely used the stolen bank accounts to commit fraud and launder money.

Thursday’s reported arrests come after police freed 26 captives in Tamsui, and 32 in Zhongli in a series of raids last week.

Following the raids, authorities uncovered two bodies hidden in Taoyuan’s Guishan District and one in Nantou County that had been taken there after the person died in Taoyuan, according to police.

The police said that a preliminary investigation found that Fu, a leading member of the extortion ring, was in charge of recruiting accomplices and overseeing wire transfers from the captives’ bank accounts.

Police added that Fu apparently outranked 35-year-old Chen Hua-wei (陳樺韋), arrested on Nov. 5 and who was previously believed to be the extortion ring’s leader.

The 32-year-old Wu was responsible for drugging and beating captives at the operation’s Tamsui site, while the 27-year-old Wu helped dispose of the body of a man who fell to his death from the 11th floor of an apartment building occupied by the suspects in Zhongli, according to police.

Meanwhile, a 32-year-old man surnamed Chen, who was released after questioning, told police he had only rented the Tamsui and Zhongli sites at Chen Hua-wei’s behest.

Police said they had turned Fu and the two men surnamed Wu over to prosecutors Wednesday evening, recommending charges of homicide, involvement in organized crime, fraud, and unlawful imprisonment.

So far, 21 suspects have been detained, while law enforcement authorities were still working to track down other suspects, according to police.

(By Kao Hua-chien and Sean Lin) 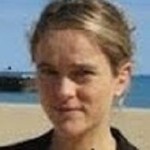